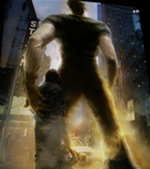 I’m not actually a great fan of spiderman, especially the comic books. But the wide screen version has really caught my heart. Since the first of the series released in 2002, it has really brought such a great movie experience. The 2nd came in 2004, bringing even a better experience. And Spiderman 3, which they say as the last of the series, has really thrown me out my seat! I say it’s fantastic! Superb! Great fighting technic, full optimization of the latest technology. And the drama, a really good touch in reaching our emotion, considering it was an action movie. I believe they could have made it more dramatic if it were a TV series (^_^) but let’s not discuss the unnecessary.

There’s just this one thing I’m not sure whether I should like or not from this movie, it shows its moral message so clearly. They even have a narrator for it. It took the fun away from me. I like trying to seek for moral / motivational message from a movie. 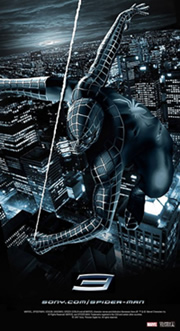 Well, anyway, as the movie told, life is about making choices. We can never say that we had no choice, because it’s always there. Perhaps, It’s us who choose not to see them. Even in the most deadly situation, we have a choice to just wait and see it coming, or to at least try to do something, anything, even knowing that it might be the last thing we can do.

And sometimes, sometimes we make a wrong choice. Well people make mistakes, I do, you do, everybody does. We can’t undo the wrong, it doesn’t have the Ctrl+Z function. So let’s be very careful in making critical choices, and don’t forget to learn from the wrong we’ve made.

Ah, of course there are other things I could share:

I guess that is everything. And eh…, I don’t share this because I’m already good at it, this blog is also a reminder for me, for things I’ve learned, even from a movie. God bless..

One thought on “Spiderman 3”